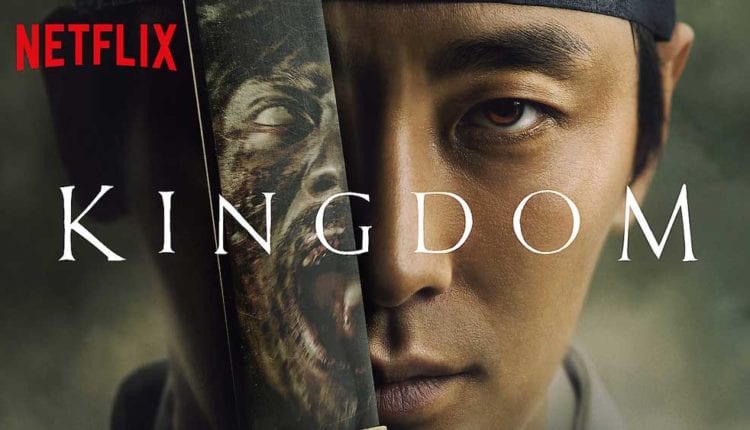 Kingdom is a show that comes around every once in a while that just captures your attention from start to finish. It is among Netflix’s line up of original shows that are based in foreign markets, but unlike other foreign originals, Netflix has decided to keep the original language. Viewers are required to read subtitles, which I believe was an excellent choice. I personally prefer watching foreign films and shows with the original audio and subtitles.

Kingdom is a 6 episode show based in ancient Korea and is more than just a show with zombies; italso has political intrigue. News has spread throughout the city that the king is dead, but inside the city, the king is being treated for a sickness and kept closed off in his quarters. Crown Prince Yi-Chang sneaks in to visit his father, but instead sees a monster. He leaves the capital to investigate what has happened to his father and along the way discovers a plague that causes the dead to rise. And all while this is happening, a sinister minister plot to frame the prince and claim the throne.

With that premise, the show takes off from episode 1 and grips you. The characters are all well written and you start to actually care for them. The prince and his royal guard were my favorite characters. Their journey and friendship is enduring. The prince is used to elaborate meals and is used to being treated with respect, and through his journey he is humbled. His trusted royal guard is a kind-hearted, loyal man that serves as a foil to the prince’s character and is also somewhat the comic relief.

The show is shot beautifully and shows off the set design and costuming. The clothes are elegant and colorful, blending in beautifully with the ancient backdrops of old wooden homes and stone castles. The undead themselves are grotesque, with bloody rags and organs hanging out. Each shot is elaborate and well placed. Scenes of dialogue are shot with the the darkness that feels real and suspenseful while the action scenes are haunting and with a sense of fear.

There are several unique aspects of the show that I thought was truly amazing. The time period is unique, especially the methods they use to deal with the zombies. There are no modern guns or machines. They use swords, bows, a few muskets, and stakes to hold off the undead. They are unprepared because unlike modern zombie shows, where the idea of the dead coming back to life already existed, here it is unknown, and we follow the outbreak from the beginning and are even show who started it all. The zombies themselves are also unique, which is all I’ll say because the reveal is really good.

Overall, I highly recommend this show to anyone who is a fan of historical thrillers, foreign films, and shows, or zombies. Its 6 episode run is easily bingeable.

Pet Semetary: Should You Watch It Or Bury It