Pet Semetary: Should You Watch It Or Bury It2 minute read 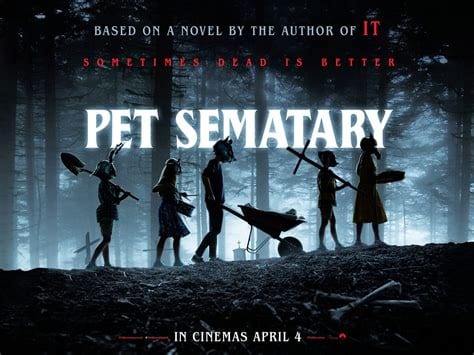 I’m not a huge fan of horror movies, but I am a fan of Stephen King. So, when I heard Pet Sematary was coming to theaters, I mustered up my courage and went to see it and to be honest, I’m slightly disappointed. I’d never seen the original or read the books, so this review is not from the point of an expert. It’s just my take on it.

The movie follows Louis Creed, his wife Rachel, and their two children, Gage and Ellie, who move to a rural home so that Louis can spend more time with his family, and Rachel can get away from her guilt of letting her sister die as a child. Ellie discovers that there is a “Pet Sematary” in their backyard. While there, she befriends the Creed’s elderly neighbor Jud. When Ellie’s cat, Church, is hit by a car, Jud tells Louis to bury the cat, who comes back to life, but is different. Things only get worse from there.

The movie deals with many dark things, such as death, afterlife, depression, and mental illness. All of these topics could have been covered poorly if not for the great performances by the actors. Jason Clarke plays Louis Creed excellently and portrays his slow descent into madness with great intensity. Amy Seimetz, who plays Rachel also steals the show with her emotional embodiment of a woman who just wants to forget.

But while the acting was great, the film was shot too dark, in my opinion. At some points, I couldn’t even tell what was happening. The pacing also didn’t help. There is a scene halfway through that almost got me emotional, but it was just glossed over so quickly. The film moves at an extremely fast pace from one scene to the next until the movie ends and you’re just left there.

Some different twists and turns from the original helped bring the film into the modern time, but that, along with the good cast, wouldn’t really warrant a second watch.

Will the liars ever pay for their dishonesty, deception and crimes?

Tekashi69 announces his return, Did anyone notice he was gone?