These are the top pundits that owe the president an apology! 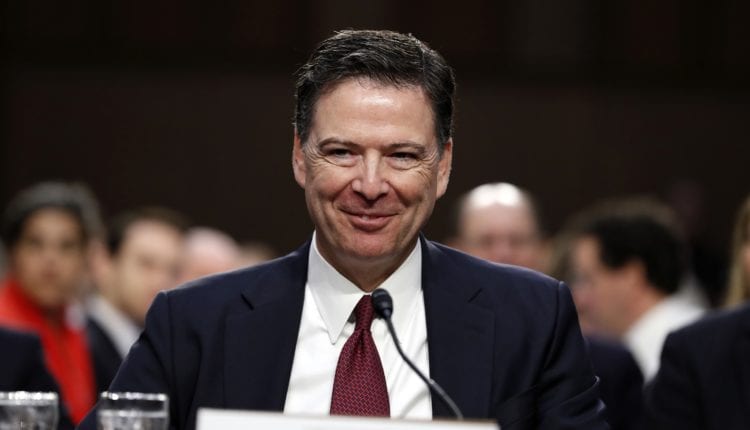 Many members of the Democratic Party and mainstream media said some horrible things about President Trump over the past couple of years. They Accused him of being a Russian agent, committing treason, a puppet of Vladimir Putin and many other things.

With the Mueller report finally complete and the Attorney General Barr’s summary released (full report coming in April) and no collusion was found, a person with morals would apologize for spreading fake news and terrible rumors. These are only some of the individuals who owe our president an apology.

Mad Max was at the forefront of the Russia collusion conspiracy. She started the “Impeach 45” chant/movement solely because “Trump is working for the Kremlin”.

“With the appointment of special council Mueller… We’re going to learn a lot about the connections between this president, his allies and the Kremlin.”

Also saying on a number of occasions that she “guarantees” Trump is in collusion with the Russians.

Even with Mueller finding no collusion, Maxine is still not moving on saying “this is not the end of anything”. An apology is never going to happen, despite her conspiracy being proven completely  false. What she should be working on is cleaning up her district in California. Her district is one of the worst in of California. The people voted her in to help their district, not try to impeach our president.

@RepMaxineWaters when are you going to apologize to our President? You said you “guarantee” he was working with the Russians. You say Trump is a liar, but what about that lie?

Another Democrat who said there was evidence of Trump colluding with Russia. Schiff was actually caught on tape talking to who he thought was Russian agents who said they had damning information on Donald Trump that could cost him the election. The audio is below.

So let me just make sure this is clear. The Congressman who is accusing Trump of colluding with the Russians to win the 2016 election, was recorded trying to get dirt on Trump from Russians…

To top it all off Schiff is now the head of the intelligence committee. Many members of Congress are calling for his resignation.

All of the hosts on ‘The View’

Remember when that fake news story came out that Michael Flynn promised full cooperation to the Mueller team and is prepared to testify that as a candidate Donald Trump directed him to make contact with the Russians? Well, when Joy Behar read the headline live on air, they all couldn’t help but burst into celebration and Joy even tossed her paper into the air like confetti.

In their head, this means Trump was caught. This is proof positive that our President worked with a foreign government. And they’re all celebrating it! Just think about that for a second.

Unfortunately ,all of the clips of this have been removed. But here is the transcript.

If you calculated all the time each mainstream media anchor spent on the Russia collusion conspiracy theory, Maddow would probably we at the top of the list. Basically every night on her show she talks about Russia.

The video clip below is from ONE SHOW…..

theories every night. Even saying some terrible things about Donald Trump on a nightly basis. Her ratings have gone down by 13 percent since the Russia investigation concluded. I recommend a full apology be issued to the President for trying to undermine his historic electoral victory in 2016.

There are plenty more, but honestly, these are the top 3 people who need to apologize to President Trump!

The Villainess: A nauseating action film, in a good way!