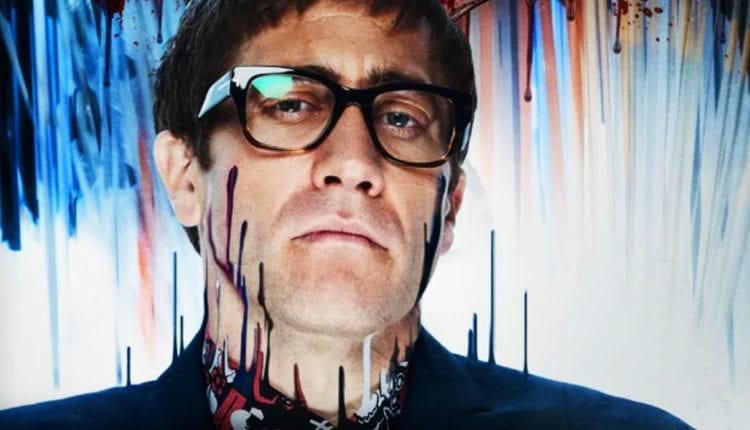 All art is dangerous. Watch VelvetBuzzsaw on Netflix February 1, 2019. Velvet Buzzsaw is a thriller set in the contemporary art world scene of Los Angeles where big money artists and mega-collectors pay a high price when art collides with commerce.

When I first saw the trailer for the Netflix original film ‘Velvet Buzzsaw’ I thought it looked interesting. But halfway through the trailer, I was unsure what the plot even was. Then, after seeing the second half I realized it was a horror film involving paintings that come alive and even kill. The cast alone had me intrigued, with Jake Gyllenhaal, Rene Russo, Zawe Ashton, Toni Collette, and John Malkovich – it’s a very strong cast. I’m not a big “art” person, but I figured with this cast, it had to be good.

Within the first 10-15 minutes of watching the movie, I really couldn’t even tell who the main character was. This trend continued throughout the film. Normally, there’s one set character for the audience to connect with and follow. This one really didn’t have that. The screen time was basically shared between multiple characters. Which may sound fine, but it made the movie feel very jumpy and almost hard to get fully immersed with.

The whole film is based around an artist’s – Ventril Dease – dark paintings that were found after his body was discovered in Josephina’s (Zawe Ashton) apartment building. Despite his art being the center of the storyline, we don’t learn much about Dease’s backstory. In fact, he was only partially shown when he was lying on the floor, dead. They do spend about 5 minutes talking about his story in a comic book style scene (moving pictures). We never actually see Dease living. I found that to be a missed opportunity. Is his spirit in the paintings? Is his blood used to paint or someone else’s? Those questions were never answered among others.

Overall, to my surprise, I think the cast was almost too strong for its own good. Now, let me explain. Any of the 5 big name actors (mentioned above) in this film could have easily carried the storyline. We didn’t need this all-star cast if we’re only going to get about 10 minutes with each of them. For example, John Malkovich – an award-winning actor – was only in the film for like 8 minutes. He seems to be more of an extra and not a part of the film. Another huge miss in my opinion. There was a point in the film where it seemed that Piers (Malkovich) becomes suspicious of Dease and his work. But nothing comes of it. It would have been a great angle if Pier investigated these mysterious paintings.

As I stated, I think there were a lot of parts or angles they could have taken to make this film much more interesting. Since they did not. I’d give it a 6 out of 10. It’s worth a watch on a lazy Sunday if you can’t find anything else. The disappointing thing is that the film could have been so much better.

Polar Review: New paint on something not so new