Polar Review: New paint on something not so new3 minute read 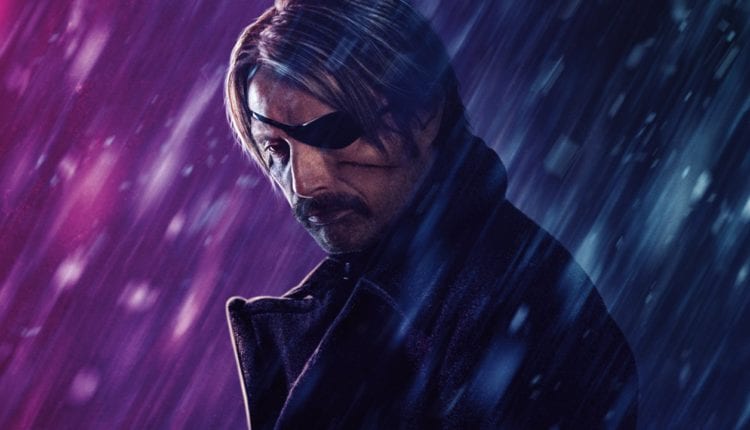 The world’s top assassin, Duncan Vizla, aka The Black Kaiser (Mads Mikkelsen), is settling into retirement when his former employer marks him as a liability to the firm. Against his will, he finds himself back in the game going head to head with an army of younger, faster, ruthless killers who will stop at nothing to have him silenced.

Polar, a new Netflix Original film is about a retired hitman that is forced to fight for his life when younger assassins are sent to kill him and follows the trend of movies likes this has grown recently, and I have no problem with that. I enjoy these films for the pure ridiculousness of them and the action, however, Polar misses the mark at some points with its cliché premise.

The film is very vibrant, which I liked. The color contrasts with a bright artlike style, which helps the characters on-screen pop out. The style of the film introduces characters in a stylized font, all of whom I didn’t really care for because in a film like this, pretty much all the bad guys will die. This was a unique homage to the comic that the film is based on.

The action of the film was stylish and violent, but it didn’t bring anything new to the table. The set pieces felt underwhelming when compared to films like John Wick or The Raid. Most of the violence felt unnecessary as if it was just inserted in just to be there to show how “bad and crazy” the bad guys were.

There are some moments placed in between the action, which seemed like it was supposed to be comical, but it ended up feeling out-of-place. For example, there is a scene where Duncan goes to a class for show and tell and he teaches some children how to use a knife to kill. In what world would that be allowed?

The characters were also bland and cliché. Mads Mikkelsen plays Duncan, the main character. He is the typical mysterious assassin trying to retire and is forced back into the game. Vanessa Hudgens plays the young innocent girl who is drawn into the conflict and is Duncans motivation/redemption. The villains were all one-dimensional and bland. The dialogue throughout also didn’t help flush the characters out. This can be seen as a good or bad thing. If you just want violence and action, then its fine, but if you want more, look elsewhere.

Another redeeming factor besides the style of the film was the ridiculous premise. Why was Duncan being hunted? Because his former employer didn’t want to pay him his retirement money. Ridiculous! But it worked, and in the end, I don’t regret watching it and I’m glad it was on Netflix. I would not have paid to see this, but, it is what it is.