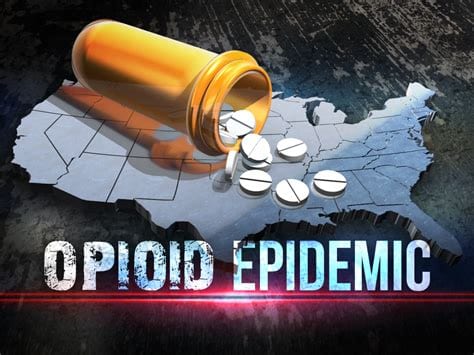 Prescription painkillers, what is the first thing that comes to mind when you hear that? Most likely, you get a bad picture in your mind. Like someone getting high. We’ve been conditioned to feel this way with opiates constantly being shown in a negative manner. But what you probably don’t picture is the legitimate pain patients of a reputable pain management doctor who are prescribed “painkillers” because they actually need them. And that’s the big problem.

You don’t see the mother of two living with severe migraines and Fibromyalgia who needs the pain medication to even be able to get up some mornings due to the severe pain.

You don’t see the Registered Nurse who had to give up her dream of being a Pediatric Nurse to take a stay at home job reviewing medical claims. What does she suffer from? Severe migraines, as well.

The mother of two that I’m referring to is my own mother. The Nurse I spoke about is my big sister. Both suffer from terrible daily migraines that are genetic for woman in my family.

Being it’s my mother and sister, unfortunately, I’ve seen the tough times. The times where one of them drop off a prescription to be filled and they get a pharmacist that’s either in a bad mood or just concerned with what’s easiest and safest for them. Some pharmacists are more concerned with the ”opiate epidemic” – a made-up phrase – than what is best for the patient. Some actually deny filling legitimate, needed prescriptions. Before you think ”well there has to be a good reason for the pharmacist denying to fill it”, ask yourself – does a pharmacist know better than the patient’s doctor? Pain patients are required to see their doctor once a month in order to have their prescriptions filled. They can not be called in over the phone. Meaning, each month they must have legitimate pain for those medications. Furthermore, a drug screen is required at each of those doctors appointments to ensure the patient is not only taking the prescribed medication – and not selling or giving it to someone else – but also to ensure they are not taking any un-prescribed or illegal drugs.

A large majority of the heroin and cocaine – which is responsible for more than 30,000 American deaths a year – come from illegal crossings of the southern border. Why is it that we don’t hear about a heroin or cocaine epidemic? Unlike prescription pain medication, heroin and cocaine have no medical benefit and are not administered under a doctor’s supervision.

According to the CDC 46 Americans die each day from an overdose of prescription painkillers. However, what the research doesn’t include is if those overdoses were from a prescription they had or illegally purchased pills. Know why? Because less than 1% of people who are legitimately prescribed pain medication are not addicted and take their medication as prescribed. Also they fail to mention if those deaths included mixing an opiate with another drug.

Here is a number of wonderful people who are suffering with unbearable pain and either can’t or struggle get their pain medication.

I swear if I hear 1 more time how bad opioids are I’m gonna blow. I was on them 15 yrs w no prob. We r not addicts, we r in pain!! We r too sick to be treated like criminals and have to go every mth to appts, pee tests, pill counts, fear mongering.

Wake up America people are dieing !!!!! Besides I don’t want their synthetic, body harming , filler poisoned medicines anyway. Don’t get me started right my CPP people? Go back to the natural stuff I might get back to you…..not!

@NikkiSixx This is me I e had my pain medicine taken away. I’m dieing sir. So many are dieing. They are killing us. Genocide. Cdc regulations and their falsified data. Well you said you’d like to see. It’s not pretty. https://t.co/6I9sQC0xkv

@GhostinGeek @SparlingAngela Exactly! If others feel better with #yoga & #acupuncture, great for them! I tried & can’t. Don’t hate me cuz my body & condition are different. I need my opiates for my #CRPS or I die & leave my son with no mom. He doesn’t deserve that.

There should be measures in place to ensure safety with medication, not just opiates. That’s not what I’m saying. My point is that many people are suffering from not being able to get their medication. Pain patients should be treated like any other patient and not frowned upon.

BUMBLEBEE: Will it transform your feelings about the franchise? [REVIEW]