BUMBLEBEE: Will it transform your feelings about the franchise? [REVIEW]4 minute read 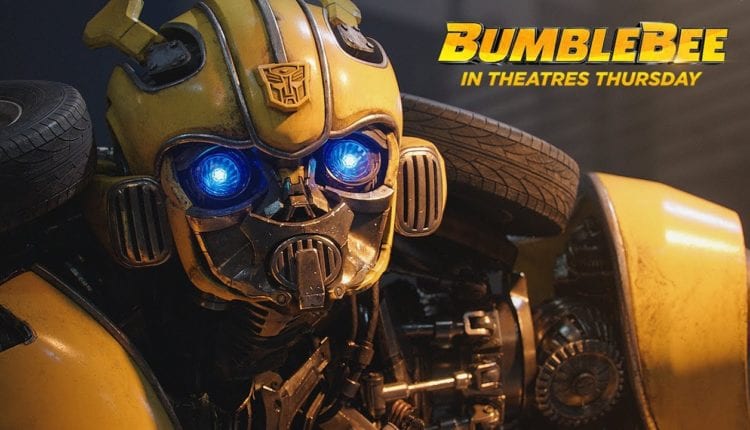 Growing up, I was a huge fan of the Transformer cartoon and toys. My brother and I collected so many of the toys that we filled boxes with them. When the first Transformers movie came out in 2007, we were older but still excited to see it. We enjoyed it more for the fact that we got to see a live action adaptation than the film itself being good.

Then, sequel after sequel, I lost all interest. The films were loud, jumbled messes. The plots were terrible and the editing was choppy. So when I heard that a new Transformers movie, called Bumblebee, was coming out, I had no interest in seeing it. It released on December 21, just around Christmas, which I thought was just a money grab to make parents buy toys. But, my friend convinced me to see it, so I took a chance, and I am very happy to say that I thoroughly enjoyed it!

Bumblebee is a prequel. It takes place in 1987 and focuses on the title character, Bumblebee, who is also the first Autobot we are introduced to in the 2007 film. The film’s opening is amazing. It was what I always wanted to see in a Transformers film: a battle between the Autobots and Decepticons on Cybertron, robots shooting and blasting each other.

From beginning to end, I enjoyed the film with no major complaints. The CGI was excellent. During action scenes everything was clear. You could tell the robots apart from each other when they transformed. You could see where each piece fit, as they shifted into their humanoid forms, unlike in the other films. But even though the film was action heavy, I found the quiet, peaceful parts more enjoyable.

For the first time in a Transformers movie, I actually felt for the characters. Even though Bumblebee was CG, I still felt for him. The animators did an excellent job creating his facial expressions. He showed his emotions through body language, eye movements, and little beeps. He felt like a loveable lost puppy. Hailee Steinfeld plays Charlie Watson, a young girl who receives Bumblebee as a gift for her 18th birthday. She is the best female character in any of the films. She isn’t a sex symbol and is flawed realistically, with emotional trauma weighing her down and she has character growth throughout the movie.

John Cena was probably my favorite part of the film. He wasn’t in it as much as I had expected, but when he did appear, he stole the show. He played a cheesy, over serious, overacted Agent out to capture Bumblebee. His lines were so bad in a good way! The other villains were two Decepticons that are also in pursuit of Bumblebee. They were animated excellently as well, but they were typical villains out to destroy the hero and take over the world. There wasn’t really anything memorable about them, but that worked for the way the film went.

Overall, I enjoyed this movie a lot. I wouldn’t ever watch the other ones again, but I’d have no problem rewatching this one. This movie revitalized my love for Transformers. It was a fun, cute movie that I’d even show my kids one day.