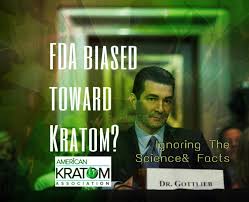 The American Kratom Association is on the frontlines of the fight to keep Kratom legal. Kratom is a natural leaf that is taken by millions and millions of Americans for their health and well-being. Some take Kratom for help with chronic pain, anxiety, depression, insomnia, mood boost and more. In 2016 the DEA was going to ban Kratom, but due to the large outreach from Kratom advocates, the DEA concluded their efforts. Unfortunately, the FDA has picked up efforts earlier this year to ban it. The FDA commissioner Scott Gottlieb – appointed in 2017 by President Trump, is on a tear to take this natural plant away from us. Nearly every day Gottlieb is tweeting articles from a variety of local news stations around the country. Those articles cite a number of false accusations about Kratom including overdoses. Although the toxicity reports on those deaths show a number of other drugs in their system, they use these headlines to paint Kratom is a very negative light. It is very unfortunate. There has been zero deaths attached to Kratom alone. Furthermore, Commissioner Gottlieb is using a very minor outbreak in salmonella from a few Kratom vendors as fuel for his narrative. These “outbreaks” were, again, only from a few vendors. It’s important to note that the contaminated Kratom was only certain lots, not all of their product. Salmonella outbreaks are extremely common in food as well as supplements. Those items and companies are not closed or banned. The outbreak is contained, and taken care of.

The American Kratom Association (AKA) has sent a number of letters to the FDA Commissioner Gottlieb and NIDA director Nora Volkow requesting a sitdown meeting to discuss the misinformation being spread about Kratom and to discuss the scientific data and safety of Kratom. That request was made on August 17th. Sadly, those requests have been ignored. Thousands of Kratom advocates are contacting, writing letters and tweeting Gottlieb – including myself every day. Those, are also being ignored. I feel that Commissioner Gottlieb is trying to feed this narrative that the bad outweighs the good with Kratom and is not open to hearing positive stories or testimonies about it. That is not how a commissioner should conduct investigations. I would think, the FDA would want to hear every side and gather as much information as possible before issuing a schedule 1 ban. Maybe Commissioner Gottlieb is gathering this information, but I do believe he is not.

Why is the FDA and Commissioner Gottlieb ignoring these facts? Could there be a biased against Kratom? In an FDA letter released by the AKA it shows it may be just that.

We as advocates are simply asking for the FDA to hear us out and look at the actual science and the facts. Is that too much to ask of a government agency that is funded by the taxpayers?

A Leaf of Faith Review | Documentary on Kratom

What is Kratom? Everything you need to know about mitragynine speciosa