An opioid “epidemic”? Not quite... 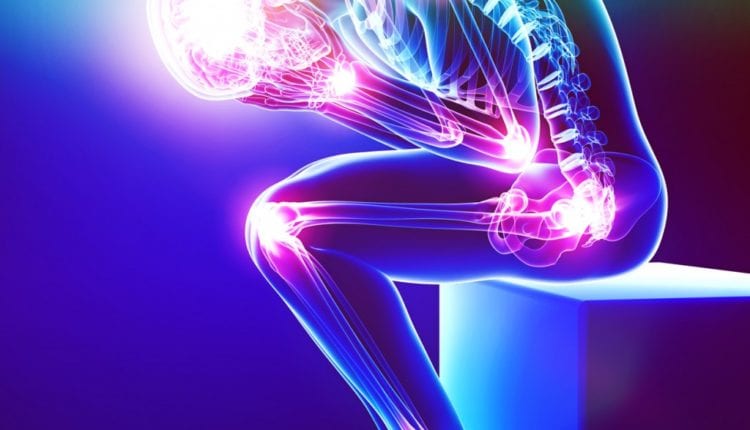 Before we begin: I debated for a while to even write this piece. Because not many people even know about my situation or that I take medication. Unfortunately, many people automatically equate someone who takes pain medication to an addict. As I mention in this article, that is very sad and quite ridiculous. I put an extra amount of time and effort into writing this because the topic is something that effects me closely. And it’s one that millions of pain management patients can – I’m sure, relate to. Enjoy…

For the past year or two we’ve heard terms like “the Opiate epidemic”. Many of us chronic pain patients have been called “junkies” “pill-heads” or something along those lines. I myself take prescription pain medication to help with my right shoulder/neck pain. 6 years or so ago I was in a pretty bad car accident. My car was completely totaled from the crash. It happened less than a mile away from my home – which is where I was headed. Shortly after the accident the right side of my neck area (C2/C3) started hurting very badly. It was a sharp stabbing pain. Unfortunately, due to this, I had to stop working out. The gym was a large part of my life. I looked forward to working out all day, and enjoyed it thoroughly.

At the time, I thought it was a temporary issue. Through the other drivers insurance, I filed a claim. This allowed me to go to an “Ask Gary” type of accident clinic. It was a very low-budget type of place. But I was treated with varies types of therapy, including message and electro stimulating therapy. I was also put on a very low dose of pain medication, which wasn’t helping for the amount of pain I was in.

After the insurance claim was settled, I was left on my own, to deal with the aftermath from this terrible car accident. The pain became too much to bear on my own. I found a very reputable local pain management clinic. I started going there once a month. They also started me on a low dose of pain medication. I am still currently seeing this doctors office. Over the past several years I’ve tried a number of procedures trying to deaden the nerves in the area. Each time with the assurance it would make a big difference. Unfortunately, it did nothing for me. Each time trying a different method.

The only thing that helps is taking medication. Over time, working with my doctor, we tried a variety of different dosages and types of medications. I am currently on what I think to be a good dosage for my life.

So what’s the problem? Well, there is a number of problems. Like the fact that we have someone like Attorney General Jeff Sessions who says things like; “I am operating on the assumption that this country prescribes too many opioids. People need to take some aspirin sometimes.”

Another big issue is pharmacists have the power to decline filling any prescription they choose. They can even ban you from filling anything at their pharmacy (even a big pharmacy like Wal-Mart). Furthermore, in Florida they have a system that connects each pharmacy nationwide. Meaning, if one pharmacy denies filling your prescription, they report that to all pharmacies. Which makes it almost impossible to fill anywhere. Believe me, I totally understand giving pharmacies the power to stop prescriptions. If the patient comes in and appears high or intoxicated. Or if they are doctor/pharmacy shopping. Meaning someone going to different doctors and pharmacies trying to fill multiple scripts for the same medication. But I believe in that case, it should be reported to the doctor to handle the situation.

The biggest problem is not knowing if you’ll be able to even get your medication at the pharmacy. There’s a point when arriving at the pharmacy, and the pharmacists takes your paper script, and you just have to sit and wait. Maybe they will come back and tell you “we aren’t filling this for you anymore” simply because they’re having a bad day. Or they may tell you they’re out. So now, you’re stuck. You’re stuck having to live in this pain, go to work and put a smile on your face although you have a stabbing sensation in your neck and shoulder.

By no means am I saying the medication fixes the problem. But without it, the pain is anywhere from a 7-8 on average. With it, it’s drops down to a 3-4.

The government knows what’s best for me rather than my doctor? This isn’t my doctor’s opinion that I shouldn’t take medication, it’s the governments. My doctor has to abide by the new regulations. So quite literally, the government is blindly advising doctors how to treat their patients.

Tobacco is responsible for 480,000 deaths a year. According to the CDC; 2.5 million people die due to alcohol abuse annually. Both tobacco and alcohol have zero health benefits, pain medication does. Why do we hear more about the pain medication “crisis” and less about cigarettes or alcohol? Both which you can get virtually an unlimited amount of up the road at a gas station?

I understand there is doctors who over-prescribe pain medication. I also know that some patients abuse the medication. But what does that have to do with me? Furthermore, that’s a small number compared to the amount of people who legitimately need medication and who see doctors who are completely above-board. How do we fix those people who are abusing the system? I have no idea, it’s not my job to figure that out. But I will tell you judging people who have to take pain medication, or to issue a blanket ban on the amount of medication a doctor prescribes to a patient without knowing each individual case is absolutely ridiculous and dangerous.

Who is next on the chopping block at the White House?

This country is not the same. I’m 63 years old. A 18 year druggie destroyed my car.and my pelvic region. Gotta talk to my lawyer.who can anyone trust now a days currupt drs.liars ect. 100 % disabled USMarine.why why why