We Walk For Autism Awareness

Here at REALNSE, we support a lot of great foundations and good causes. This month we focus on a horrible disease that has affected many people and families, Autism or Autism Spectrum Disorder (ASD). Autism comes in a very wide spectrum which include Asperger’s syndrome, Pervasive developmental disorder, not otherwise specified (PDD-NOS), Autistic disorder, Childhood disintegrative disorder. The signs of Autism appear  usually between the ages of 2 and 3 years of age,and in some cases as early as 18 months.Some developmental delays associated with autism can be identified and addressed even earlier.

ASD occurs in all racial, ethnic, and socioeconomic groups, but ASD is almost five times more common among boys than among girls. CDC estimates that about 1 in 68 children have been identified with an autism spectrum disorder. When ASD is present in girls, they are only diagnosed with severe cases and not mild. Boys can have either mild or severe cases. 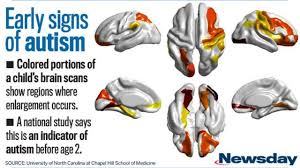 Repeat words or phrases over and over

Scientist do not know the actual cause but they have learned that there are likely many causes for multiple types of ASD.  There may be many different factors that make a child more likely to have ASD, including environmental, biologic and genetic factors.

Children who have a sibling or parent with an ASD are at a higher risk of also having an ASD.

Many families have been affected by this disorder, Myself included has been affected , I have a younger brother who was diagnosed with  Asperger’s syndrome . As a young child he was speech delayed and had to go through years of therapy. He had a lot of problems reading people’s emotions and trouble with math an other subjects as comprehension. He was always fixated on facts about science, especially animals and their behavior. This did not just affect him, it also affected my mother. I saw my mother go through countless hours at different offices for therapy for my brother and hours on hours of teacher meetings, but she never gave up on him. Because of her care and always wanting the best for us and especially my brother, he has grown into a great man. Graduated with honor from high school and is a lead in the mail department at the air port. 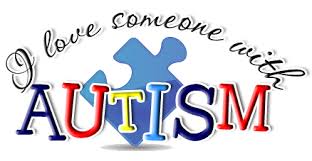 I have another side that it has affected my nephew on my wife’s side was born with severe autism, he was diagnosed at the age of 5. At  18 months he started normal baby noises and talk,but as he got older he stopped talking and did not play with other kids, he also did not acknowledge when people would enter the house. His mother would take him to the doctors and they would say it just a phase that the boy is just quiet. When She really noticed there was something wrong was when she would call him by his name and he acted like he could not hear her, and also another major sign she noticed was that he was repeating scenes on the video and dvd player. He never initiated play or talk with other kids, and was fascinated with stairs and fans and escalators. My sister in law has gone through countless hours of meetings and doctor’s appointments for my nephew and has him in a lot of different activities to keep him occupied. He is no going on 19 years old and is a fun loving boy and loves the yankees and watching baseball games.

In Closing society looks at these individuals as weird or mental, but I say we are the weird ones, these kids and adults are special a lot are very very smart. They can remember and do things that we as quote “Normal” people can’t do or are unable to do. I say they use more of their brains than we do. Theses Kids and Adults should never be labeled or criticized , They need to be shown love and respects just as we should everyone else.

SO if anybody is in the Tampa Area this weekend, There will be a Autism Awareness Walk Going on At Raymond James Stadium it is free just be there to register from 9am to 10am everything is ran by donations. To sign up for the walk here is the link http://act.autismspeaks.org/site/TR/Walk/CentralFlorida

Also if you need  personal guidance? Members of the Autism Speaks Autism Response Team are trained to connect individuals and families with information, tools and resources.

So lets go and Show our support world wide and stay tuned for pictures of the annual Walk. 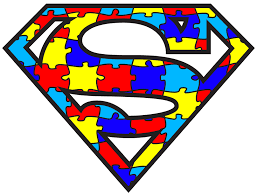