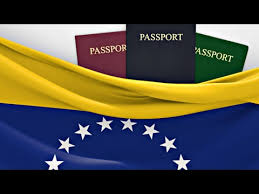 There has been a new investigation, that Venezuela, issuing official passports to any individual willing to pay for one in Iraq, even if they have ties to terrorism.  According to an Embassy whistle-blower, Many of the fake passports and visas were distributed through Venezuela’s embassy in Damascus, the capital of Syria. According to the source, this practice has been going on for some and it has made them millions.  Venezuela is ally’s with Iran and is a backer of Hezbollah, and extremely hostile to the United States. Hezbollah is the most prevalent terrorist organization in the world and be fore 9/11 was responsible for more American deaths than any other terrorist organization.  Having these fake passport running around a danger for the entire world, especially knowing that ISIS can get a hold of them is a very scary thought. ISIS has hundreds of millions of dollars at its disposal to purchase official passports. Additionally, the terror army has set up their own fraudulent passport system. President Trump recently signed an executive order barring all refugees and visas holders from seven countries, including Iraq and Syria, without proper vetting procedures. So when people say that President Trump is racist, and is insensitive to others, think again he is only doing what is best for our Country and for the safety and security of the American People. Knowing that there are countries running programs like this just to make a buck and not care about the lives of others and hand out false documents to anybody is downright horrifying, but at least I know here in our Country we are taking the proper steps to protect and secure ourselves from this.