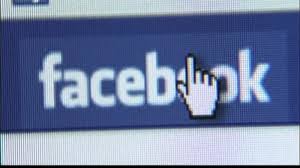 With all the killings and low points that has occurred in Chicago over the past years, this is the lowest of lows.

On Sunday, A North Lawndale girl  was reported missing by her mother early in the morning. The Chicago Police Department began their search for the young girl, and it lasted up until Monday afternoon,that is when the Chicago Police department spokesman Anthony Guglielmi, released a statement that the Girl was found.

But that is not the end to this story, during the press conference, the young girl’s family  approached Chicago Police Supt. Eddie Johnson at a news conference on Monday, told him they’d seen her being sexually assaulted by several boys in a video on Facebook Live and showed him stills from the video.

on Monday the family said they  saw a Facebook Live video of the girl being sexually assaulted by several boys.

The video was removed by Facebook, the family told WGN, but the station said the family had graphic screenshots from the video. The video is very disturbing showing 5 men/ young men, gang raping the young girl. The most disturbing part of this story is that 40 people viewed the video and did nothing about it and did not even take steps in contacting the local Law enforcement office to report the disturbing act that was taking place. On Tuesday evening a source said police were questioning a juvenile who might have been involved with the filming of the incident, but no one has been charged in connection with the case.

This  case is just one of many horrendous crimes that have occurred in Chicago , during the past months on Face-Book Live

Last month, a pregnant woman was recording herself on Facebook Live when a gunman opened fire, wounding her and killing a 2-year-old.

The most talked about event took place in January, when four people were charged with a hate crime in the kidnapping and torturing of a mentally disabled suburban man on Facebook Live. The City of Chicago Is on a downfall and this horrendous act that was streamed live just proves that social media is becoming the down-fall of our society to a point.

For more Real News and Real Breaking News and Updates, Keep Us locked in