Big Names Still Out there

With a lot of teams making big splashes on the first day of free agency with big name signings. Many people have been distracted by all these big signings on the first day that they have forgotten that there are still many big name free agents out on the market.

So lets take a look at the available big name free agents.

2. Dont’a Hightower (MLB): Dont’a Hightower is considered the best Middle LineBacker (MLB) in the NFL, Hightower has been on both of the recent Patriots superbowl winning teams and was the captain of their defense, as well as being the key factor in the defensive play that beat the Atlanta Falcons in Superbowl 51. Hightower is only 27 years old and still has plenty of football left in him. What he brings to the table is youth and firepower and great command presence, Hightower is a field general and is a dominant force that makes defensive coordinators stay up at night. The teams that should and will take a shot at Hightower will be Pittsburgh who are known for acquiring defensive players like Hightower. The next team maybe the New York Jets, the jets need all the help they can get especially at getting better at defense and needing a leader in the locker room and on the field, Hightower can be a good fit in New york as well. Last but not least The New England Patriots could try to resign their stud defensive player to try to make another Superbowl run. 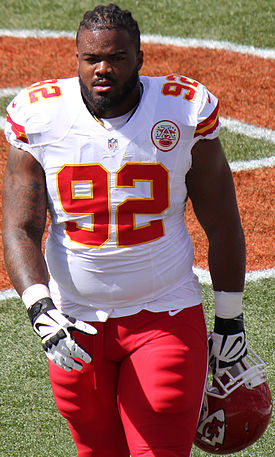 3. Dontari Poe (NT): Poe has been known to be the most athletic big man in the game,at 26 years of and 5 years in the league Poe brings a veteran presence and is a force in the middle of the defensive line. Though his game has slightly declined in the past 2 years Poe still brings a force many teams need to stop the run on defense. If Poe is also teamed up with another big man on the front-line I can guarantee you that the defense of that team will be very dominant against the run. Poe is schedule to meet with the Jacksonville Jaguars and The Indianapolis Colts, The Indianapolis Colts need a big man on defense to help solidify that defensive line and help them build their depleted defense. For The Jacksonville Jaguars they have been on a tear as of late in free agency, signing many defensive stars and just building their defense thanks to their new president Tom Coughlin, Jacksonville will be a defensive force this year. I say watch for Jacksonville to lock up Poe to a good long term contract.

4. Jay Cutler (QB): Jay Cutler, has always been known for his smug attitude and lay back ways, these ways has gotten him criticized around the league for years. Jay Cutler never was the answer in Chicago, even when they had weapons for him to throw to. Cutler has seen his last days in Chi-Town and quiet possibly the NFL. If any team makes a run at Cutler it will be a team in very desperate need of a starting Quarter-Back, and if not Cutler would make for a great back-up. Look for the possibility of the New York Jets to take a shot at Cutler since they go through Quarter-Backs like a baby goes through Diapers. If Cutler does not get picked up right away, does not mean a team will not look for his services later on in the season since we all know Injuries do occur. 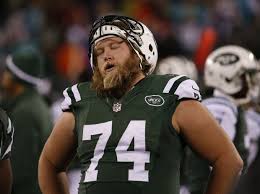 5. Nick Mangold (C): Mangold is a seasoned veteran that has been around the league for 11 years and all of them with the New York Jets. Mangold has always been the staple of the offensive line and a leader on and off the field, but until recently the star centers play has been declining due to injuries, he is coming off of a ankle injury that required surgery and also is getting up there in age now 33 he is playing limited snaps. Many teams are very hesitant to sign a player with injuries and that have hit a roadblock due to their age. But do not let that fool you Nick Mangold, brings a veterans presence , he should still be able to contribute as a center with great leadership ability. Right now Mangold has not met with any teams yet, but watch out for maybe a team like the Raiders or the Giants or even the Patriots to give out some offers to Mangold.

6. Dwight Freeney (DE): Freeney is quite the journey man, he has bounced around for a couple of years after spending the beginning stages of his career in Indianapolis with Colts, and then a Couple of more in San Diego with the Chargers and a stint with the Arizona Cardinals and now recently with the Atlanta Falcons by helping lead the defense to a SuperBowl berth. Freeney has played in this league for 15 years and has seen a lot and is nearing the end at the age of 37 he is not an every down player but he does bring fire power and will put pressure on any Quarter-Back even with his age. So no matter what team signs him they will get a star and a work horse. No team has shown interest yet, but that does not mean anything it is still early and teams will come a knocking on Freeney’s door. Teams like The Colts and The Miami Dolphins may come looking to lock up a Freeney for a year or so, or maybe even the Tampa Bay Buccaneers or The Dallas Cowboys. So lets wait and see.

There is much anticipation for the new season of NFL, especially with all these free agents still out there, with many fans getting ready to write up their own opinions on the biggest games and controversies for others to read and share. If you want to see more of this fan-made content, go to the website here. But, we are just scratching the surface at the top names that are still remaining in free agency, So stay tuned for the next list coming this week.

Here is a hint it features a Big name QB that fell from Grace and a Defensive End that never was. You figured it out yet, if not stay tuned for our next list coming out.

RED ALERT: MSNBC Claims to have Trump’s tax returns and releasing at 9PM

Steve Bannon indicted by DOJ for contempt of Congress