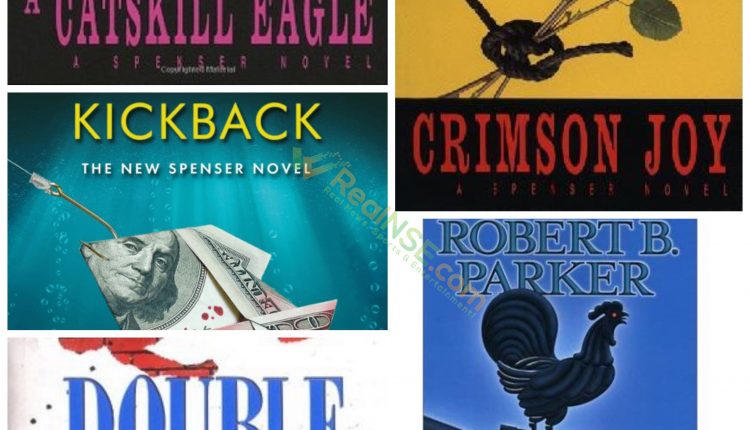 I’ve been reading Robert B. Parker’s Spenser Novels for a years now. I was reading a book a week at one point,  but haven’t read one in a while. Until a week ago I started again. So I decided to put together a top 5 list of my favorite Spenser Novels. 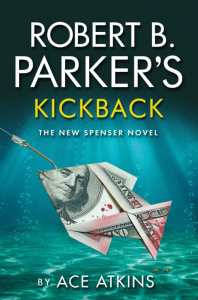 This is a newer version of the series. Sadly, Robert Parker passed away some time ago. But Ace Atkins has resumed the roll of Spenser Novels. Now I know what you’re thinking, new artist, probably no good. But believe me you can’t tell the difference. Ace does a fantastic job at continuing the Spenser saga but adding a little more of a modern spin. This one is a fantastic read.

Summary: The iconic Boston PI Spenser returns in an outstanding new addition to the New York Times bestselling series from author Ace Atkins. When 17-year-old Dillon Yates set up a prank twitter account for his vice principal, he never dreamed he could be brought up on criminal charges, but that’s exactly what happened. This is Blackburn, Massachusetts, where zero tolerance for minors is a way of life. But Dillon’s mother is suspicious of the hard time kids are doing for minor infractions, and hires Spenser to find the truth behind the draconian sentencing. 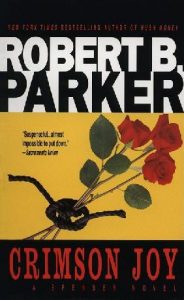 Another personal case that Spenser works on.  I really like when Spenser has a case that hits home instead of a case with a person who just hired him. This starts out as a random case that the local police hire Spenser for. But then the killer he’s after threatens Susan. It’s awesome to see Spenser defend his woman.

Summary: A serial killer is on the loose in Beantown and the cops can’t catch him. But when the killer leaves his red rose calling card for Spenser’s own Susan Silverman, he gets all the attention that Spenser and Hawk can give. 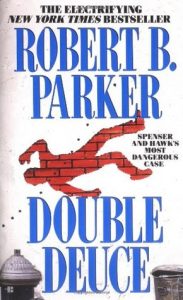 My first ever Spenser novel I ever ready and because of this it has a special place in my heart. But even beside that it is a great read. I would definitely recommend this as a good starting point for anyone just starting out. Very badass story of Spenser and Hawk kicking ass.

Description: Double Deuce is the 19th Spenser novel by Robert B. Parker. The story follows Boston-based PI Spenser as he and his friend Hawk butt heads against a street gang while attempting to unravel the murder of a teenage mother and her young daughter. 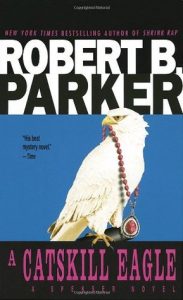 Tied for my top favorite novel. Fantastic story, a change of pace for the series. Instead of Spenser being hired by a stranger for a random case, this one hits home. Susan is no longer with Spenser, she’s with another man. She reaches out to Hawk for help, who reaches out to Spenser for help finding and rescuing Susan.

Description: Susan has ran off with another man, Russell Costigan. Son of Jerry Costigan, rich and powerful arms dealer. Susan reaches out to Hawk who goes out and trys to help her when she wants out of the relationship with Russell. Hawk gets arrested and Susan contacts Spenser to bust Hawk out. And the two of them go and help Susan, but they have to find her first. 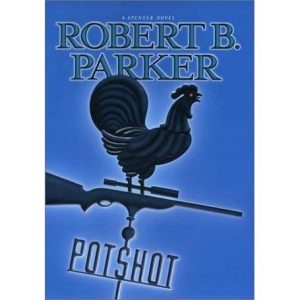 For some reason Potshot doesn’t have the best reviews online, but it’s my favorite Spenser book by far. It’s far different from the regular same old Spenser novel, it’s based in a different area and has a lot of other great characters from other storylines coming together to help Spenser.

Summary: In this edition, Spenser gets hired to find out who murdered a pretty little lady “Mary Lou”. But while investing in the small town of Potshot, Spenser gets hired by the town higher-ups to take out the local gang “The Dell”. So Spenser brings in his gang of thugs for assistance. All characters from past novels.

Why I’m No Longer Watching Empire