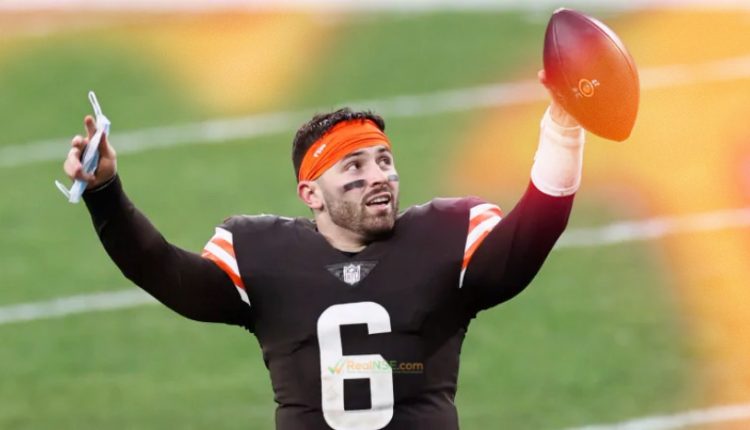 The second day of the NFL wildcard round had one of the greatest stories to have been weaved in history. The Browns defeated the Steelers and sent them packing to a brutal whooping of 48 to 37. Other battles, the Saints daftly pushed aside the Bears with a 21 to 9 win, while Ravens surged in the second half to slap Titans back for their loss last year with a 20 to 13 victory.

The Baltimore Ravens take on the Tennessee Titans during Super Wild Card Weekend of the 2020 NFL postseason.Subscribe to NFL: http://j.mp/1L0bVBuCheck out ou…

The Ravens Finally Shut Up The Haters

There has been this interesting narrative that in big games Lamar cannot win, he does not show up. Well, that narrative died a slow death today as the Ravens proved they can compete at an elite level.

The first half was a defensive battle between the juggernauts. The second half, the Colts were worn out and outplayed by the purple chief.

The Ravens were unstoppable as they rushed unhindered. They moved the ball well in the air and on land. Marcus Peters performed well for the Ravens even with Humphrey out. He had a forced fumble in the first quarter and a second-half interception.

Lamar Jackson did well in the first half to hold onto the ball and in the second half after Greg Roman’s adjustments he flew through the pressure the Colts were putting up.

The Ravens will now see the Bills in the Divisional Round.

The Browns did not have head coach on the sideline. They had only trained once in two weeks due to Covid-19 restrictions. Constantly considered the laughing stock of the league, then facing up against a team that treated them as a pointless little brother, so much so Juju said that the ‘Browns were the same old Browns’.

The Cleveland Browns take on the Pittsburgh Steelers during Super Wild Card Weekend of the 2020 NFL postseason.Subscribe to NFL: http://j.mp/1L0bVBuCheck out…

That team destroyed the Pittsburgh Steelers 48-37. Their first postseason win in a quarter century. They did it making history putting down the biggest first half lead by an away team in NFL playoff history.

Mayfield racked up 263 yards and three touchdowns. Kareem Hunt did well with 48 yards and two rushing TDs. The defense did their part too, forcing five turnovers to stifle the Steelers chance at a comeback.

Stefanski must have watched at home with glee as his team put on a fantastic show.

Ben Roethlisberger was trying his best out there as he threw for 501 yards, record setting 47 completions, four touchdowns and four interceptions to punctuate that recklessness has its price.

The Steelers led the NFL in sacks, failed to sack Mayfield. Thank Michael Dunn who stepped in for the injured Joel Bitonio, Jedrick Wills and the other linesmen who protected Mayfield like their lives depended on it.

Run defense was one of the best, but they allowed rush after rush. It was just bad for the Steelers.

Though many said the bad omen was predicted from the first play when the center’s snap sailed by Roethlisberger. Karl Joseph for the Browns jumped on it and got the touchdown.

They tried everything, even an attempted punt to pin their backs to the red zone. That kick bounced into the end zone for a touchback and the Browns scored anyway, six plays later.

The Browns will make their first appearance since 1994 against the Indomitable Chiefs.

The Saints Eased to Victory

This match was a defensive stalemate for much of the afternoon until the offense got things clicking. Michael Thomas, Alvin Kamara and Latavius Murray got touchdowns.

The Bears never came close to being a threat. The Saint’s defense made sure of that. The Bears had one good highlight that one-handed touchdown catch by Jimmy Graham. But that was near the end of the game, it was too late to matter or cause any impact other than to not make it an embarrassing shutout.

The pressured Mitchell Trubisky and covered all of his options on the pass. David Montgomery did not fare any better either and could not get off the ground. He had 31 yards, 2.6 yards per carry.

Drew Brees did enough, with 265 yards, two touchdowns. Deonte Harris did well in this match. He had 7 receptions and 83 receiving yards.

The Bears struggled to get any third downs converted and were stalled constantly. Nagy also played too conservatively at times and naturally they missed chances to go for it.

Javon Wims almost had a chance to tie the game up in the first half, but when he was in the end zone m he failed to hold onto the ball. Trubisky threw a good deep pass and Wims failed to reel in. To add to that, the Bears did not try any risky plays like that again.

They should have, but they lost the drive to.

The Saints will see the Buccaneers and so will Brees and Brady, probably for the final time.