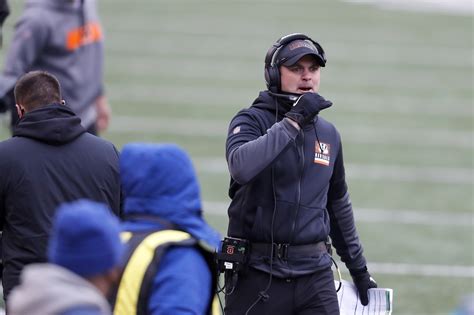 The Cincinnati Bengals might be making some changes, they are small, but they are being made. Granted, it needed to be made. The Bengals coaching staff has gotten a lot of shakeups as many coaches are being fired.

Jim Turner, Nick Eason among others are being axed. Zac Taylor will survive for next year.

To add Jemal Singleton, a running backs coach will move on to a new employer with the University of Kentucky.

Now many people want Zac Taylor to be fired as well. I said it before, Zac has the talent to be a good coach, but he lacks the experience which he is getting little by little. The question is whether he can rise to the occasion when they have a great team.

Can he lead them to a championship, can he lead them to a Superbowl? The team has a franchise quarterback. They have a great receiving core, an average defense with the potential to become great. The ownership may be inept sometimes, but they understand how important it is to try and make the best of Joe Burrow’s time with the team.

The problem is will they do everything possible? Probably not, but let us hope the little they are doing now is enough to make the team better.

What is amusing is how the ownership told Taylor to change the staff. They told him to make changes to his staff or they would revisit the conversation at a higher level.

Translation, make changes or Taylor could take responsibility for the failure of his coaching staff which would mean they will fire him instead. This brings up back the claims that certain players have issues with certain coaching staff on the team.

If the top brass got wind of this and decided to force Taylor to choose between his staff or his job in some effort to appease the players it would be a wild guess to say the least.

Lou Anarumo came up as well in that argument as his decisions have been shaky throughout the season. On top of that, it was the players on the defensive side of the ball that have been heard making complaints of playing time and playcalls given out.

Carlos Dunlap was a stout critic of the coordinator and that got him a one way ticket out of Cincinnati to Seattle.

As far as the Bengals for next season, they will need to improve a lot. They were cluttered by the Ravens who got the highest rushing yards in NFL history in their last match. So, they have work to do. It will start with the coaches they hire.

Top coaches may not want to touch the Bengals, but some good prospects might want the job with Joe Burrow set to return.

For now, let us look at the coaches and staff still standing after the bloody bath that happened after the Ravens came through.

They will remand and there is optimism in what the Bengals are trying to achieve. Hopefully they do what is needed not only for Joe Burrow, but their fans.

Cincinnati Bengals head coach Zac Taylor spoke with the media to discuss the 2021 offseason, player development and reflecting on his second season with the …

Sia defends decision not to use a person with Autism for upcoming movie, music.