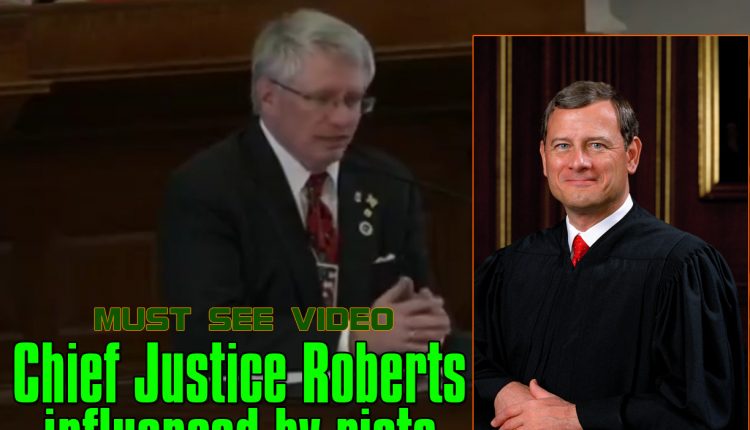 In a video that has now gone viral, Arizona State Senator Eddie Farnsworth says that he has read a report from a Supreme Court staffer that claims he heard yelling, cursing when the Justices were discussing the Texas Attorney General Paxton case.

Note: It seems the Justices have not met in quite some time due to COVID. However, I am simply reporting on what this State Senator said he read. Also, the meeting could have been held remotely, and the witness could have still heard what he is claiming.

NEW – SCOTUS Justice Roberts was reportedly scared to take up the Texas case according to a staffer testimony.”I don’t give a ***** about ‘Bush vs Gore’… at that time we didn’t have riots!”pic.twitter.com/o4YMdo6aAf

“It was written by somebody who is a current staffer for one of the Supreme Court Justices,” Farnsworth stated. “And I’ll just describe the report to you that I read, and you can make of it what you will.”

“He said that the Justices – as they always do – went into a closed room to discuss the cases they’re taking, or may. There’s no phones, no computers no nothing. No one else is in the room except for the nine Justices.”

“It’s typically very civil. They usually don’t hear any sound, they just debate what they’re doing. But when the Texas case was brought up, he said he heard screaming through the walls. As Justice Roberts and the other liberal Justices were insisting that this case not be taken up.”

“The words that were heard through the wall when Justice Thomas and Justice Alito were sighting Bush v Gore from John Roberts were ‘I don’t give a — about that case, I don’t want to hear about it, at that time we didn’t have riots.'”

As Kelen McBreen cites in a article on NewsWars, Pastor Rodney Howard-Browne, a Trump insider, who told the Strange Report podcast about the Supreme Court clerk’s experience before Farnsworth spoke out.

The Supreme Court of the United States is suppose to be the highest court in the land. It is suppose to have no bias, and is suppose to issue rulings according to the constitution and without emotion. It is clear that the SCOTUS – Chief Justice Roberts in particular – cannot do that.

According to this eye witness, Justice Roberts didn’t want to hear the Texas election case because of outside influence.

Thank you to @oilmaven for first showing this to me.

NEW VIDEO: The plan is to install Kamala Harris as President