Opinion: Could a Biden Presidency be good for the Conservative movement?4 minute read 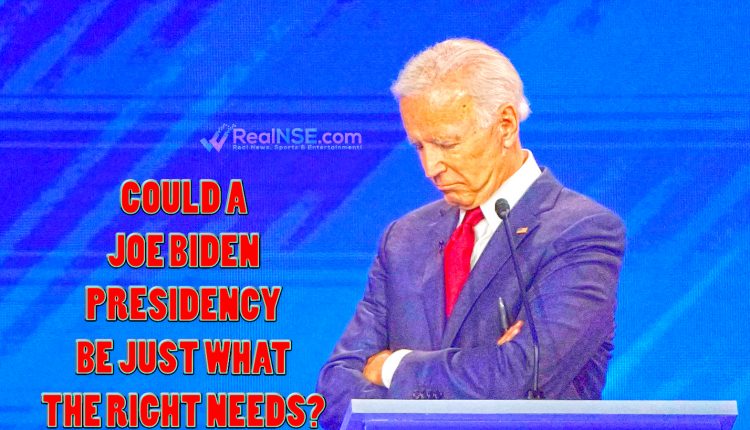 We’re currently several days away from the electoral college meeting and casting their votes. Now, there are constitutional paths for the Trump legal team to continue the fight after that, however it will be extremely difficult. The time is running thin for President Trump to overturn the massive election fraud that took place on November 3rd and there after.

Now, let me be clear, I am still confident that the voter fraud will continue to be exposed and the election will be overturned. However, I live in reality, so there is a chance that Joe Biden takes office on January 20th, 2021. So we have to understand that a Biden presidency – as de-legitimate as it is – may happen.

In this clip taken from The Real Side Podcast 002, I talk about Joe Biden and his history of being anti second amendment and how he is an authoritarian to th…

It may just be what we need. And by “we” I mean us on the right, myself included. Now, hear me out here. I know, it sounds crazy.

1. Joe Biden is quite literally the worst candidate ever propped up by any party. Even worse than Hillary Clinton. Biden is falling apart right in front of our eyes. Don’t forget that we reported back in 2019 that Biden had multiple brain surgeries as well. The office of the President is a stressful one. When Obama left office in 2017, he aged quite significantly. Trump has also seemed to age. There is no way in hell, Biden can handle that load. He didn’t have the energy to even campaign.

2. With that being said, his presidency will be a disaster. The media will not have access to the President like they have had in the past. Joe Biden is now best known for his “gaffs”. Every time he speaks, he has some sort of gaff or slurring of his words. He is a terrible public speaker. Expect Kamala and the DNC to keep a close eye on Ol’ Joe and make sure he is always in his private chambers as much as possible.

3. American citizens see this. Picture just how mad Republican voters and conservatives are right now. Trump’s base is red hot right now. Just imagine how hot they will be if Biden and the Democrats actually get away with this theft of the election.

4. Number 3 would trigger a uprising of patriots running for office to get out all the RINO spineless Republicans and do nothing Democrats, which we did start to see in 2020. But the amount of patriots running for office that would step into action if this election is actually stolen, would be astronomical. Thus saving the Republican, Conservative-right.

5. Bringing evil to light is the only way to rid it from our country. Giving them power, we see how they really feel. We see them for what they really are. Basically, what I’m saying is that if they get in, they will simply destroy themselves. We just sit back and watch.

6. We sit back and watch and make sure this never happens again. We already see polls showing almost half of the country thinks the election was rigged. Americans see it. They’re not dumb. Maybe this is the wake-up call we needed to fix our deeply broken not only election system but our political world as well.

7. This would also be the perfect time to try and start a new Conservative party.

Food for thought, folks. Just giving you my opinion on what would happen if Biden does get in and what good for us, could come from it.

I talk about all of this and more on my weekly live podcast: “The Nicolas Bowling Show”. You can check out the free episodes right here!

Seattle Seahawks Rule the Skies Thanks To D. K. Metcalf