Youth Shall Carry The Hurricanes To The Promised Land4 minute read 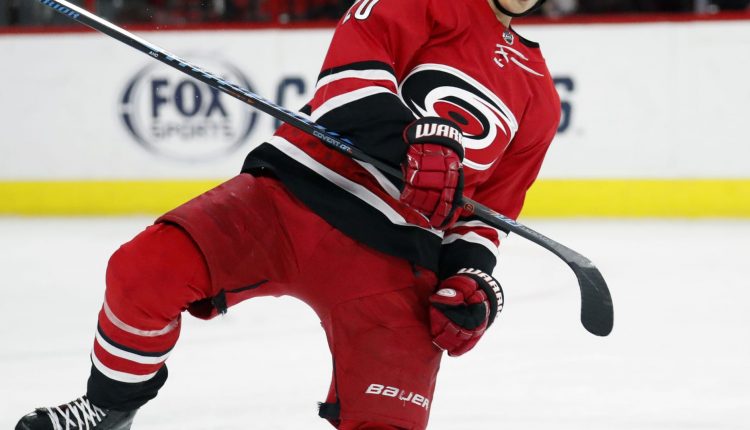 The Carolina Hurricanes are getting younger, but are they getting better? They got Vincent Trocheck through trade, and their already young lineup should inspire some promise of great play on the ice in the coming years.

The only question is, will these players increase in ability the way the organization hope. They got to the playoffs this year, only to get knocked out just as quickly. The Hurricanes drafted well over the years and are reaping the fruits of that labor.

The team has been steadily getting better and we expect another playoff bid next season for sure. Tom Dundon’s desire for all-round success has led to a team filled to the brim with talent and prospects.

They will need to improve and form better chemistry to match against what the league has to offer. Depth scoring is their weakest area. Majority of goals come from the top line men.

The bottom six are good prospects that can grow, but need a lot of time to do that. Young players like Kuokkanen and Puistola can vital for the Hurricanes in the future.

They need more support and Vincent Trocheck can fill that role being a center and play driver.

Young players like Martin Necas and Morgan Geekie they are looking great for the next season.

Sebastian Aho and Andrei Avechnikov lead the line with their great scoring prowess and skill.

Fast has a lot of experience as well and provide some leadership for the young Hurricanes. Martin Necas is a Czech native and as a winger has great promise. Exceptional footwork, speed and great shooting ability, he is truly a wonder to have behold last season.

Defensively, the depth is deep. They got young defenders like Jake Bean, Gustav Forsling and their top lineup of defenders are a stable presence on and off the pitch.

Obviously the large amount of young defensemen is a hedge for that future when their top men in defense leave for some reason or another. Bean will definitely slip into that top spot nicely. Jesper can too as well, even though he seems like an outlier.

Jesper Sellgren was selected in 2018 NHL draft in the sixth round.

He has a storied career already, playing in Sweden and America. He is still so fresh and young, with a lot of experience under his belt. He can grow into a great player if his development is done well.

Scott Darling left with Petr Mrazek taking the role of goaltender. Petr Mrazek can be great on some days and bad on others. They still need a franchise goaltender and Mrazek is not that.

The organization knows this and has selected goalies in the six last drafts. They just have not had the luck of drawing the lucky one yet.

There remands James Reimer and Nedeljkovic, two good enough options, but it is likely to come down to development if they want the player they dream of. Development for the Canes has improved since the last times and they have grown other players on their roster with great success.

This is the area where they will need the most help and it will be interesting seeing how they manage the players and utilize them.

With the large depth, a lot of players will get thrown to the wayside and one or two great prospects might easily slip through the cracks and realize their potential on other teams. But I think the Carolina Hurricanes will be alright for the next five years as they push for another NHL playoff and in the process compete for the Stanley cup.

Winning it will not be easy, but nothing ever is.

Seattle Seahawks Rule the Skies Thanks To D. K. Metcalf