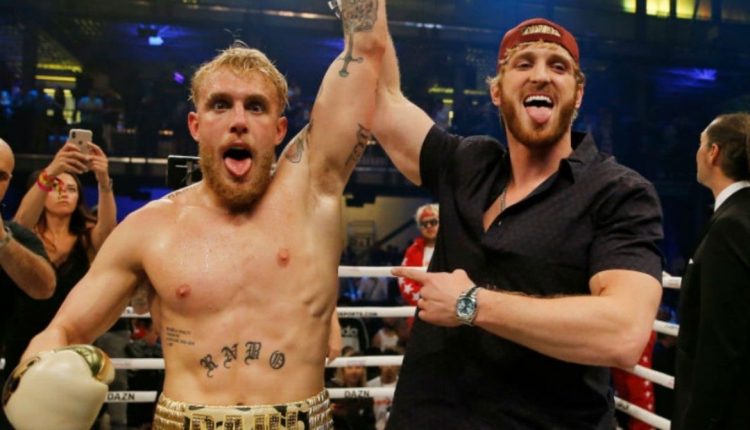 Jake Paul said a lot, from he wanted to beat up the whole of Conor McGregor’s camp to taking on the whole of the UFC. He proved he can box at a reasonably good enough level at least. Jake Paul, Youtube celebrity now boxer KO’d ex-NBA player Nate Robinson in two rounds.

He was fighting as an undercard of the Mike Tyson and Roy Jones Jr. fight. There were doubts going into this fight, but Jake Paul did well to show that he has ability for the sport. How far he advances up into the higher ranks of the sport will depend on him really.

He showed real skill and was not sloppy in his destruction of Robinson. It was Robinson who looked the novice out there and sloppy in his approach. This was not Jake Paul’s first rodeo.

It was his second match and Paul came better prepared and experienced than Robinson. Most of Robinson’s punches barely connected as Paul danced around him. Once Paul sized up Robinson’s treat level, Paul rushed forward gave Robinson a taste of what it is like to step into a boxing ring. Paul downed Robinson the first time with a right hook to the ear.

In the second round, Paul unleashed a barrage of punches that sent him to the ground. Robinson survived that, but it was nearing the sunset for Robinson. A new series of punches swung in from Paul then a final right hand gave him a good looking climax to this match. Robinson fell face first, not the best way to go out, but it was inevitable.

Jake Paul was talking a lot smack before the match, he toned down on the smack talk in the post-match interview. That did not stop him from making his plans very clear. He wanted to win, against the best.

Check out the Jake Paul post-fight press conference highlights after his win over Nate Robinson in Los Angeles.VISIT: http://www.themaclife.comFOLLOW: http:/…

The best fighters do have that level of confidence. It has to be respected, especially when you can back it up. Jake Paul has a lot of plans. Right now his end goal is Conor McGregor and it would be spectacular fight to see. That is for sure.

Jake Paul said of it, “It just makes sense. At the end of the day, this is a business and they’re saying that this fight is breaking all the pay-per-view pre-sale records. I’m the co-main event and Conor McGregor’s bringing those same pay-perview numbers. There’s no other fighter with this big of a platform that’s calling out Conor McGregor right now. His biggest competitor Khabib retired.”

Yes, that match would do crazy numbers. Even Mike Tyson would concur with Paul on that. He even defended the young boxer’s inclusion in the sport knowing the reality of boxing’s situation right now.

Moments ago at the Staples Center in Los Angeles, California, heavyweight legends Mike Tyson and Roy Jones Jr. made their long-awaited return to the ring and…

“Listen, my ego says so many things, but my reality is they help boxing so much,” Tyson explained. “Boxing owes these guys, they owe these YouTube boxers some kind of respect. They should give them some belts because these guys make boxing alive. Boxing was pretty much a dying sport. UFC was kicking our butts, and now we got these YouTube boxers boxing with 25 million views. Boxing’s going back. Thanks to the YouTube boxers.”

To emphasize the undercard Jake Paul fought in racked up $3.5 million. So he is not only bringing in eyes, but also the money. That should make the idea of Jake Paul competing more appealing to other fighters and the sport of boxing.

Boxing has only been popular when it is a high profile fight. At the lower levels, the promotion and appeal is not there like back in the past. The UFC has a better product and way more events and more marketable fighters bringing in way more money at the lower levels as are at the top levels.

Boxers like Paul are exactly what the sport needs right now to bring back interest into the sport’s discipline.

Now, regarding his ascent into boxing and whether McGregor will take him on. Eventually, sure, right now, no.

What Jake Paul should focus on right now is to earn his place in that argument. He has to win more matches, especially against experienced boxers.

If he does, then people will stand up and take notice. At that point people will be knocking on his door, not the other way around.

His last fight was good, but it was against Robinson who honestly was not really that good at boxing. Anyone could see that, so, yes props to Jake for showing the poise and skill. Now, we need to see him go against real boxers before we start talking about McGregor.

Start out with the small fries before you eat the whole burger. Jake Paul did say he would take on the McGregor’s whole camp first.

If Paul was to go up against Dillon Danis it would be quite a fantastic matchup considering the bad blood that developed between Dillon Danis and Jake Paul some time ago. That will bring in numbers alright and knowing how Paul likes to run his mouth the social media spectacle around it will definitely heighten interest.

He might be able with his stardom bring in Floyd Mayweather numbers without the same prowess. But he will need that prowess if he wants to compete with the star fighters.

What people want to see is Jake Paul and Conor McGregor going at it, toe to toe in a slug match worthy of legends. For that Jake Paul needs to improve and he will need experience that is for sure.

The Patriots Conquered The Cardinals