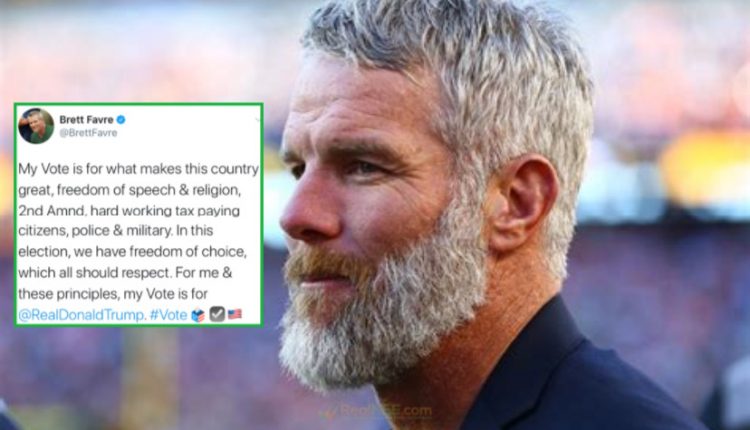 Former Green Bay Packer and NFL Hall of Fame Quarterback Brett Favre announced that he is voting for Donald Trump.

My Vote is for what makes this country great, freedom of speech & religion, 2nd Amnd, hard working tax paying citizens, police & military. In this election, we have freedom of choice, which all should respect. For me & these principles, my Vote is for @RealDonaldTrump. #Vote ☑️🇺🇸

Favre was never very political during his career. He’s from an NFL era where the athletes focused on performance instead of social justice and politics.

Favre participated in a virtual town hall last week to ask the President about politics in sports.

The endorsement is not too much of a shock. Despite Favre supporting Colin Kaepernick, he is very pro-second amendment and from a very red state in Mississippi. He even played golf with the President several months ago.

The President responded to Favre’s endorsement, thanking him.

Such a Great Honor! Thank you, Brett! https://t.co/AocgUSqOTU

Economy coming back at RECORD PACE

The Predictions For The NBA Draft 2020