Isaiah Simmons and His Future With the Arizona Cardinals9 minute read 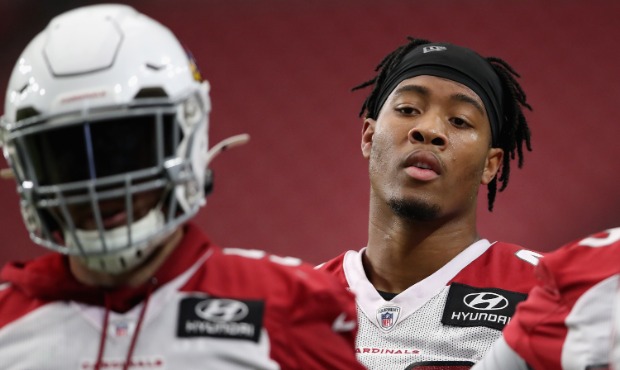 The 2020 NFL Draft was an interesting draft. A lot of great players came from that class and are now doing well in the league. Naturally, there is the fated and feared bust. One of the last things a team wants to happen, but it can. It seemed the Cardinals have lost faith in their Clemson defensive weapon Isaiah Simmons that they drafted.

Isaiah Simmons was benched in his first match and has barely played since.

The Arizona Cardinals picked him with the eighth overall pick in the draft. He has not played that much in his last matches as we would have thought.

Many may ask why Isaiah Simmons is not seeing the field. The best possibility is because of the situation he was drafted in. The Arizona Cardinals are pushing for the super bowl right now. The expectation was that Isaiah Simmons would explode onto the scene and make the defense better.

That is a lot of pressure on a recruit. Granted, many have pulled it off. Look at D’Andre Swift of the Detroit Lions and Joe Burrow of the Cincinnati Bengals.

Isaiah Simmons has not lived up to expectations, at least not yet. It can be said he had blown coverages and lost physical battles at the line, but he can bounce back with time.

Look at Swift and Burrow as an example, they got better with each match, with each snap. But they played whole games.

The decision to not play Isaiah Simmons will not help him. Worse to publically sitting him on the bench in his first game? I cannot say what his personality is like, but you can damage him forever with that action. Then again it might inspire him to get over this mental battle and win back his position.

How bad was it?

His two worst offenses in many people’s opinion were when Isaiah Simmons got pushed aside by tightend Kittle on the line. Kittle caught the catch wide open of the stumbling Simmons. Simmons in desperateness committed an illegal tackle on Kittle to save face.

That was Simmons first play in the NFL. His physicality is not per say that good, especially against the stronger NFL players. That can be improved though.

There was that 75 yard touchdown where Raheem Mostert sidestepped him in man coverage and left Simmons in the dust. His coverage ability and comfortableness with all those fake and deceptions that receivers will pull will need more time.

It seems his problems are that he struggles with staying with receivers especially when they are running deceptions and swift cuts. That is where most of his mistakes are made and he has given up too many easy completions to date.

Actually, he has not to date broken up a pass in his coverage.

It can be said, his worst was behind him (his first game), so there is hope. He has not gotten worse. Problem with that, he has not gotten good either. He has only been badly average. And in the NFL, because of the high quality of the competition, average usually translates to bad.

What can he offer?

Simmons has the traits to be a safety or a linebacker. Isaiah Simmons has played every position on defense. Safety, linebacker, edge rusher, slot corner, he played them all, well, now he is playing a more interesting position, Center Bench.

He was drafted to be an inside linebacker and expected to improve their run defense, an linebacker that could also help add more pressure onto the quarterback either through being a quarterback spy or blitzing.

He has been used mostly as a typical linebacker.

Not his optimum role, but he has been average at that typical role right now. He has the physical talent to become great at the role, it will just take time. Cardinals is not in a waiting mode right now, hence his benching.

Then again he could get some snaps at safety, but considering his bad coverage and mental errors, that is looking like suicide at this point.

They have improved since then and are still growing.

Kliff Kingsbury had mentioned the problems Simmons was having and alleviated fears by saying the obvious. Isaiah has not had much training coming into the NFL, with no preseason and Covid strangling the league.

“Isaiah was in his first game, obviously, and it was moving pretty fast for him to start,” Kingsbury said. “I thought he settled in as the game went on, but there’s going to be some growing pains early on in the season. … He’s a tremendous talent and I expect him to get better and better as the weeks go on.”

Simmons has a lot to improve on if he is to get any playing time.

Cornerback for the Cardinals Patrick Peterson talked about Isaiah Simmons saying, “He’s great kid and he’s slowly trying to find out his role on the team,” Peterson said. “That’s the most difficult part for a young player is coming from all the success he had at college and now he feels like he’s kind of handcuffed in the sense he’s not able to go out there and showcase his talent. At the same time, where can we put him to help him be successful on the field? That’s going to come down to the coaches.”

Peterson indicated they just have not found a good position for him yet. “When he was in college, he played so many different positions,” Peterson said. “To me, college is not as complex as in the league. Him not having an offseason to really find out what position would be good for him.”

Unfortunately Simmons has to compete with Jordan Hicks and free-agent signing De’Vondre Campbell and they are not likely to give that job up.

“I’m sure they didn’t expect ‘DC’ to have the season he’s having,” Peterson said. “It’s hard to put that type of guy on the bench when the first rounder is not technically ready. Which safety would we put (Simmons) in front of? What linebacker would we put him in front of?”

General manager Steve Keim was not happy with him constantly changing positions on every snap. He said, “I just want him on the field. That being said, I know there are things that can stunt a player’s growth. When you want a guy to play inside linebacker, and he’s your future, getting a player to get experience with his eyes and his instincts and his reads and reactions is one thing.

“But whenever you’re talking about moving a player to the outside, asking him to do different things, that’s for the team. And that’s fine, if he can handle that, but he’s got to be significantly better than what you already have playing out there. So there’s a number of things that go into the decisions. Obviously, we have all those talks behind the scenes with Vance and, and Kliff, but we’re certainly trying to put the best 11 out there that we can.”

Campbell, a veteran in his own rights gave Simmons advice on the situation. “One thing I try to tell him is, ‘You can’t control everything and control what you can control. You were brought here for a special reason and things may not be going the way you want them to, but that’s part of the life we live. Every day, every week, you’re going to face adversity and it’s not about what you do in the moment when things are going good, but who you are when things are going bad. What defines your character’.”

The edge rusher Chandler Jones will be out for the season. Simmons is in the rotation talk, but it is unlikely. It is more likely they keep him in practice where he can improve without the pressure and get back to the instincts that made him such a star in college.

The Pittsburgh Steelers and Tennessee Titans Duke It For Bragging Rights