Now Can He Help The Lakers Win It's First Title in Ten Years? 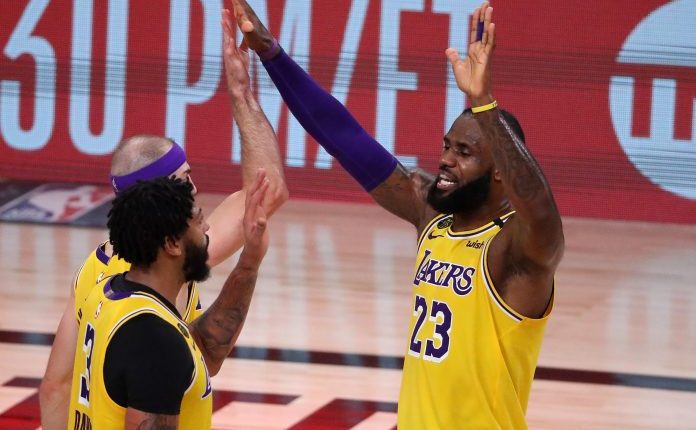 LeBron James has made history.

Los Angeles Lakers defeated the Denver Nuggets 117-107 in Game 5 of the Western Conference Finals. James finished with 38 points, 16 rebounds and 10 assists in that match. James is going to the NBA Finals for the 10th time in his career. That made him only the fourth player do this.

He remarked on the task of getting here after the match.

“My teammates said bring us home and it was my responsibility to try to make the right plays and do the right things on the floor to help us win ballgames,” James said.

The player who led the pack was Bill Russell, with 12 Finals appearances. He won 11 championships with the Boston Celtics, losing once.

His teammate, Sam Jones, has 11 Finals appearances and 10 championship rings. The next one was former Laker, Kareem Abdul-Jabbar. He did it twice as Milwaukee Buck, won one and eight times as a Laker, won five.

James reached his first final with the Cleveland Cavaliers. It was when he left for the Miami Heat that he racked up a strong streak James reached the finals four times with them. Then he returned to Cavaliers and racked up four more.

He won two with the Heat and one with the Cavaliers. He seeks his fourth NBA title. If Miami advanced, LeBron would become the first Finals MVP in history to face the team he won that award with in a later Finals series.

If Boston reaches the final, James could lead the Lakers to their 17th championship tying Celtics for the most titles in history.

The Celtics were LeBron’s greatest rival in the Eastern Conference. Cleveland and Miami being at his side, he contested them in the postseason several times.

It is also the first time for the Lakers in ten years.

Forward Anthony Davis got 27 points and will now playing in his first NBA Finals.

“Feels good,” Davis said. “It’s good to get something like this accomplished with this group of guys. We battled through a lot this year, starting with the beginning of the season. We know the job’s not done. It’s a great feeling, but we got four more to win for the ultimate goal. While we enjoy this, we still got work to do.”

It came to a tie at 84 with Murray’s free throws, before Davis made a 3-pointer with a second to go. James made consecutive baskets bringing the two-point lead to 95-88.

Denver made one last push to cut it to four, but they finally eclipsed the Nuggets and got well fought victory.

The Lakers will face either Miami Heat or Boston Celtics in their 32nd NBA Finals appearance. They had the most appearances in league history.

They haven’t played for the title since beating the Celtics in 2010 for the last of their 16 titles.

The Nuggets did fight off elimination six times, but they finally got eliminated.

The question is who will book their spot in the Finals?

It will be interesting to see what happens. LeBron has done a lot of work to accomplish what he has. To cement his name in history, this final test seems fitting.

Video: What Trump should have done last night