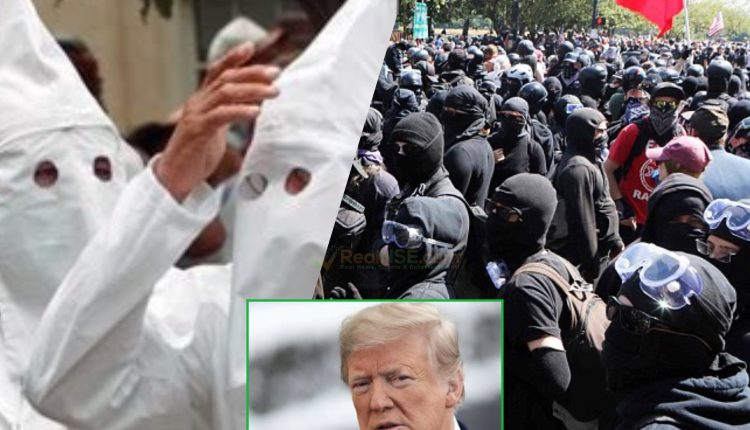 President Trump just announced that he would be formally classifying the hate groups KKK and Antifa as terrorist organizations.

The campaign email stated the following:

President Trump has made it clear he will not tolerate the disgusting acts of violence from the KKK and ANTIFA against innocent citizens, which is why he just announced that the United States will be formally designating each of these extreme, UN-AMERICAN groups as Terrorist Organizations.

Unlike Joe Biden, President Trump will not stand by and allow dangerous MOBS, like Antifa, to run through our streets and cause absolute mayhem by way of RIOTING and LOOTING. This is just one of the many ways OUR President is FIGHTING FOR YOU and your family.

It’s important that EVERY American comes together at a time like this to send a united message that we will not stand for the radical actions of these left-wing radical extremists any longer.

Unfortunately, BLM was not included in this list, although the President has been vocal about the hate group. Hopefully, they will too be put on the terrorist list where they belong.

The Kansas City Chiefs Struggled But Won in Overtime

Throwing babies and dancing is a new disturbing TikTok trend