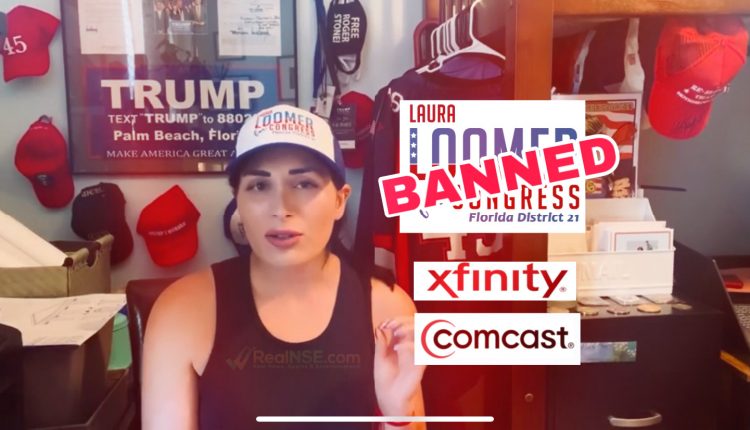 Laura Loomer is a strong Conservative candidate running for Congress in Florida’s 21 district.

Loomer made her name by fighting back against big tech censorship years ago. She is now the most banned and censored woman on the internet. Despite that she is currently the front runner for the Republican ticket and has raised over 1 million dollars. Her Democratic opponent who currently has held the seat since 2017 has raised only just over 800,000. The establishment is scared.

As stated above, Loomer has been banned from virtually every major social media company. She now is using alternative social media such as Parler. But one of her biggest and most affective ways to communicate to her campaign supporters was through text messages. Sadly, she can no longer do that.

As a candidate for Congress who has raised over a million dollars and like I said is the front runner. My campaign is still being denied access to Facebook, Twitter, Instagram and PayPal. We are the only de-platformed campaign in the nation.

Up till this point my campaign has found ways around that but today a drastic escalation happened and I’m making this video to document it so that you see the censorship has moved from the big tech social media companies to the telecommunication companies themselves.

BREAKING: Xfinity Comcast has BANNED the Laura Loomer For Congress campaign from sending our fundraising emails and text messages. This is an extreme escalat…

You can support the Laura Loomer campaign and fight back against censorship by donating to her campaign as I did here. 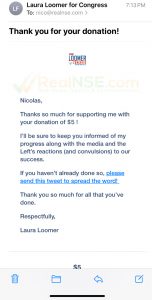